I get commissions for purchase made through links in this post(this costs you nothing extra). Thanks!

Kretschmar ham is one of the earliest dishes that define America as the capital of meat. It has become a trendy dish served mainly on special occasions and events.

In today’s article, we are going to answer critical questions such as how long to cook Kretschmar ham and share some culinary skills on how to go about when preparing the meat. Here we go.

Read Also: How to Defrost Pork Chops in Microwave

How Do You Heat Up A Kretschmar Ham?

To heat up a Kretschmar ham, preheat the oven to between 260 and 2800F. Then unwrap the ham by removing all the packaging materials and place it on a roasting dish. 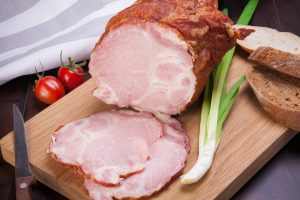 While roasting, ensure the ham is face down on the baking dish.

Cook the ham for approximately a quarter an hour for every pound of meat while it is covered with an aluminum foil or a lid.

When cooking, also ensure the oven is set at a constant temperature of 3250F.

Yes. Kretschmar ham is precooked but some of its variants, such as the Black Forest ham, are smoked and cured. You may prepare this precooked ham by baking in an oven, boil, or grill and serve it at room temperature or while sizzling.

What Is The Best Way To Cook a Precooked Kretschmar Ham?

Cooking or baking the ham in an oven is the best way to prepare a savory dish of precooked Kretschmar ham. To cook it, set the oven between 320 to 3300F. Then put the ham in the oven on a baking dish and cook it for at least 10 minutes for every pound of meat.

Increase the cooking time to 15 minutes if the internal temperature of the ham is below 1450F. 1450F is the recommended temperature of cooking ham and other meat products with respect to Department of Health guidelines.

At this temperature, the ham is not only safe to consume but also is savory, juicy, and crispy.

How Long Do I Cook A Precooked Ham In An Oven?

So if you are cooking a ten-pound chunk, it will take you almost two and half hours to cook the meat to a desirable temperature.

How Do You Cook A Precooked Ham Without Drying It Out?

Cooking ham without drying it out is challenging to both executive and novice chefs if you want a crispy yet moist piece. But we have a simple DIY hack that will get you a juicy and crispy ham.

First, preheat the oven to 3250F and add water at the bottom of the roasting pan. Place the meat on the pan and cover it with aluminum foil.

Caution: Do not allow the ham to come in contact with water. You may slide a grilling mesh on top of the pan and place the ham on it. This will suspend the ham directly above the boiling water, so when steam rises, it moistens the meat.

What Temperature Do You Cook Ham At?

Eating a tantalizing dish of freshly baked ham starts by cooking it at 3250F for 15 minutes. This is the right temperature to bake a ham. You may cook it uncovered or covered but ensure the oven temperature knob is stuck at 3250F for the entire cooking period.

How To Cook a Kretschmar Ham In A Crockpot

Of the many ways to slowly cook ham while performing other tasks, using a crock pot will deliver the best results. But you need to master how the pot works before trusting it with Kretschmar ham.

A crock cooker has two temperature modes (high and low) and a timer. These are the key parameters you should consider because they will determine how fast you will cook a precooked or cured ham.

The time it takes to cook ham depends on its size and your preferred tenderness.

Pro Tip: Crockpot is a slow cooker; hence begin preparing your meals early enough to meet dinner or party time. If you do not know how to use the pot’s high and low heating modes, use this ratio: 2lows is equal to 1high. For instance, if you are cooking meat on low for 2 hours, the same results will be achieved within an hour on high mode.

How Long Does It Take To Heat A 10-pound Spiral Ham?

Do you remember the 15 minutes per pound rule? This is the same rule we will use to heat a 10-pound chunk of spiral harm.

How Long Do You Heat A Fully Cooked Spiral Ham?

A fully cooked ham does not require much preparation, and according to USDA, you can eat the ham cold or directly from vacuum-sealed packages. However, you can heat the ham to a required temperature and serve it while steaming.

It takes 10 minutes to reheat one pound of fully cooked spiral ham. To do this, set the oven at 3250F and heat the ham for 10 minutes.

How Many Calories Are In A Kretschmar Ham?

A 2oz serving of Kretschmar ham contains 80 calories, almost similar to other types of ham. These calories will sustain a healthy human for nearly 45minutes.

A Kretschmar ham is easy to prepare by baking or reheating. Cooking requires you to set the oven at 3250F and cook the ham for 10 to 20 minutes.

But with all things said and done, do not forget the golden rule of preparing Kretschmar ham- set the oven at 3250F and cook the meat for 10-15 minutes.

thekitchenprotech.com participates in the Amazon Services LLC Associates Program, which is an affiliate advertising program designed to provide a means for websites to earn advertising fees by advertising and linking to amazon.com.